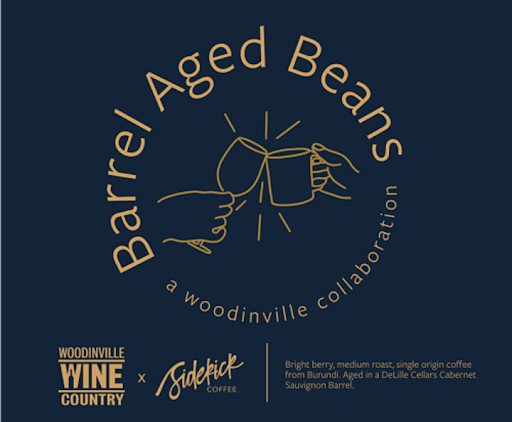 Woodinville Wine Country Executive Director Adam Acampora planted the idea of a collaboration between Woodinville coffee and wine, two industries that bring people together over hand-crafted beverages. The city of Woodinville sees over two million visitors a year and is known for its innovation among wineries, breweries, and distilleries.

From earth to bag, let’s follow the journey of these barrel aged beans.

The team at Sidekick picked a Burundi single-origin coffee because its tasting notes would pair nicely with Cabernet Sauvignon flavors passed on through the barrel aging process.

East Africa has a reputation for producing high-quality coffee beans and Burundi is no exception. Located south of Rwanda and west of Tanzania, Burundi is a small player in the African coffee industry and produces about 16,000 tons of green (unroasted) coffee each year.

Once the coffee beans arrived in Woodinville, the team at Sidekick got in touch with local coffee roasters at Hermiker Coffee. The team picked up a DeLille Cellars Cabernet Sauvignon barrel and aged the green coffee in the barrel for just over two weeks. During this period, they were rotated every other day to balance out the aging process and properly distribute moisture. This is an essential step in the aging process as it allows the beans to soak up the flavors and fragrances of the barrel. 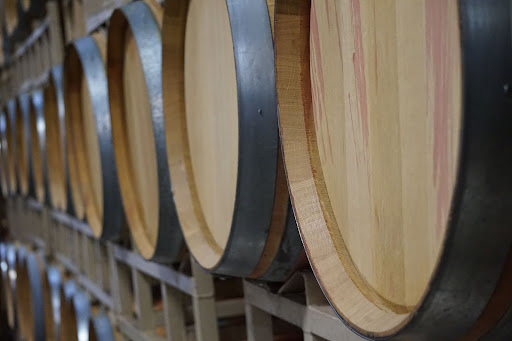 Barrels tend to lose potency as they are reused. However, older barrels can still add rich textures to wine while allowing softer, fruity characteristics to show. Four Flags Cabernet Sauvignon is aged for 20 months in 80% new French oak, which gently supports the complex matrix of fruit, spice, herbs, and umami flavors.

The specific barrel used in this collaboration held 2020 Harrison Hill Cabernet Sauvignon Clone 8 from a small block planted in 1993. Clone 8 originates from Château Margaux in Bordeaux, France, and was introduced to California vineyards in 1893. It is the most widely planted Cabernet Sauvignon clone in Washington State and is known for reflecting the unique terroir of the vineyard site.

Harrison Hill Vineyard, located in the Snipes Mountain AVA, is known for showing distinctiveness and elegance. Snipes Mountain is distinctive with an elevated topography and unique soils not found elsewhere in the Yakima Valley AVA. Wines from this region are complex, expressive, and exhibit “somewhereness”. Tended with great care from owner Steve Newhouse, it’s no surprise these Harrison Hill Cabernet Sauvignon grapes left great flavor behind on the barrel that housed them for 20 months. 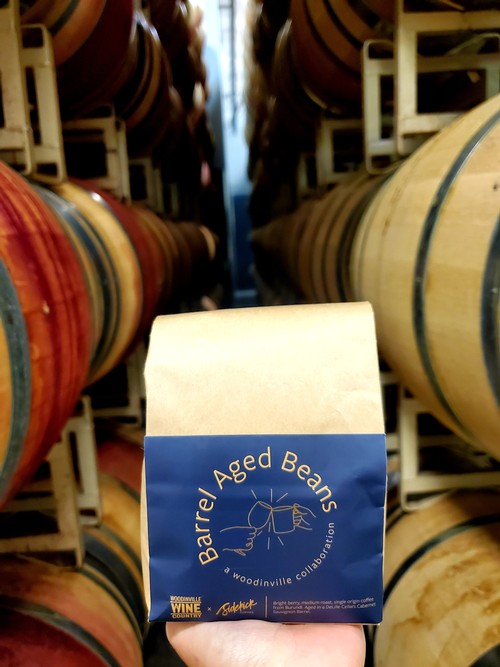 A Match Made in Heaven

Next time you’re in Woodinville, pick up your bag of Barrel Aged Beans while they last! Available at Sidekick Coffee or Woodinville Wine Country. 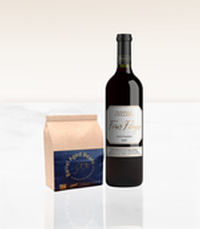 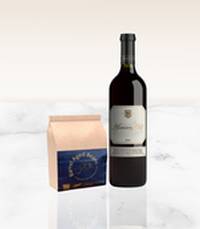 The lighter ruby red color looks more like Pinot Noir or Grenache then a Cabernet-dominant blend.  The riveting nose showing red currants, tobacco leaf, and sous bois could be blindly mistaken for Bordeaux.  There is a silky texture that effortlessly leads way to an elegant finish that does not seem to end.  Impeccably balanced and oozing with personality, the 2019 Harrison Hill reconfirms why, year after year, it’s one of our favorites

Sidekick Coffee is Woodinville’s long-awaited independent coffee shop. Locally owned and community-minded, you can rely on us for warmth, hospitality, and great coffee. We proudly serve Herkimer roasted coffee, pastries baked in-house, and locally sourced tasty eats. Take a coffee and treat with you on your adventure or sit down and stay awhile in our bright and refreshing space. Coffee makes a great sidekick. #coffeeisyourfriend.