The Best of Bordeaux - 2022 Auction of Washington Wine Lot

In 2018, DeLille Cellars’ Tour of Bordeaux auction lot received the highest bid ever recorded in the 31-year history of Auction of Washington Wines. The package included access to some of Frances’ renowned Grand Cru wineries such as Chateaux Haut-Brion, La Mission Haut-Brion, and Château Lafite Rothschild.

Now, six years later, the Woodinville winery is bringing back this once-in-a-lifetime opportunity for the 2022 Auction of Washington Wines. The ‘Best of Bordeaux Trip’ features five nights at a Bordeaux Chateau touring the best of France’s famous wine region.

The Best of Bordeaux 2022 Auction Lot

Tour renowned French Chateaux in Bordeaux with Chris Upchurch, Founding Winemaker of DeLille Cellars, and his wife Thea Upchurch, and feast on culinary creations from a Seattle area chef on this four-day, five-night adventure in France.

You will have access to some of France’s Grand Cru wineries, including a tour, tasting, and lunch at Château Haut-Brion and visits to Château Lafite Rothschild and Château Margaux.

The trip will also include stops to Château Pétrus, Château Le Pin, and Château Léoville Las Cases. Rounding out the journey will be a day trip to Sauternes to visit one of the most renowned sites in all of France, Château d’Yquem, a Premier Cru Supérieur.

The Pool at La Mouleyre

Throughout the trip, you will visit some of Chris’ favorite towns and sites in this historic wine region. In the evenings, enjoy a 17th Century Chateau near Saint-Émilion with Chris and Thea Upchurch and Chef where wine and food will be paramount. You will be delighted with locally sourced and inspired dinners from the charming markets in the region. Chris is known for his culinary skills as well, and is sure to join in on the culinary efforts!

You will stay at La Mouleyre, a stunning Chateau built in 1602 on 3 acres of beautiful grounds surrounded by some of the world-famous vineyards of Saint-Émilion. The winner of this package will also take home a large format of DeLille Cellars for each couple.

Visits to the following

​*The Itinerary is subject to change based on chateau arrangements 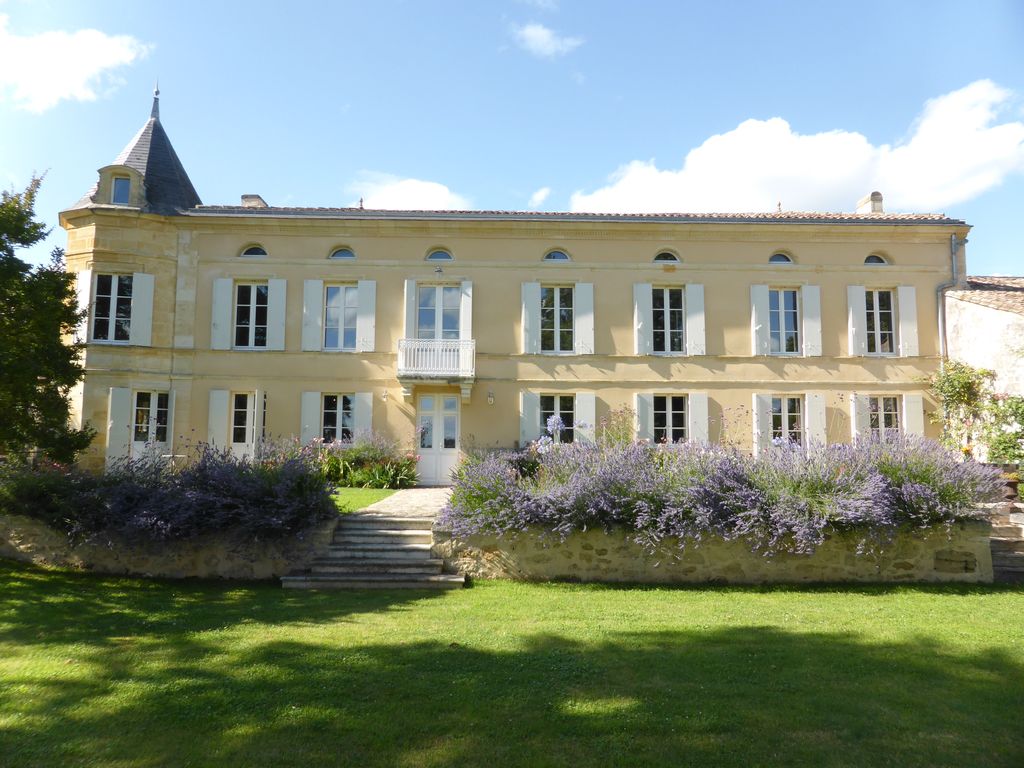 Join Auction of Washington Wines at the 35th-anniversary gala to bid on the Best of Bordeaux auction lot. The gala will be held on August 13th at Chateau Ste. Michelle, one of Washington's oldest wineries. The evening will feature a social hour with a mini-barrel auction, chef-prepared savory bites, Washington wine tasting bars, and more!