Warm weather, smaller than average berry size, lower than average crop loads, and incredible color and flavor are a few characteristics that differentiated this year’s harvest. 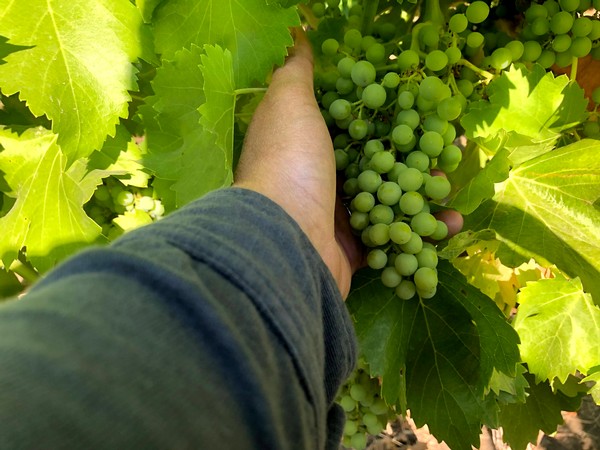 “We did have one of the warmest vintages on record this year. The vines are able to adapt to that in a way - our growers did a great job of keeping canopies popped up. I actually saw less shrivel in 2021 than we saw in either 2013 or 2015,” Jason Gorski noted.

Climate researcher Greg Jones commented that the 2021 vintage in the Pacific Northwest leaned more toward the historically hot 2015 growing season than last year.

Our 2021 harvest would not have been successful without our amazing winemaking team and our interns this year.

“This year we had an absolutely incredible harvest crew - probably the best I’ve ever had the opportunity to work with. They had a good sense of humor and a smile on their face no matter what happened. It makes it a lot easier when you have people along for the ride that enjoy that chaos,” said Jason Gorski.

One of the challenges of this years’ harvest was the condensed timeline.

Gorski said, “We normally have about three months to do harvest but this year we got everything done in about 10 weeks. It was fast and furious with the lower yields at a faster than average pace.”

Dick Boushey of Boushey Vineyards, an important producer of Syrah used in our Doyenne, also commented “this has been the most chaotic, frantic harvest I have ever been involved with. Everything seems to have gotten ripe at once. We have been working almost around the clock” (Wine Searcher).

Looking to the Future

Partially through harvest, DeLille Cellars expanded production by adding several concrete eggs and new fermentors. “We’ve been wanting to work with concrete for a really long time at DeLille, but it’s not very cost-effective or space-efficient but with that additional space we put in a few concrete eggs,” reported Gorski. These eggs will be used for Sauvignon Blanc, Semillon, and Roussanne. 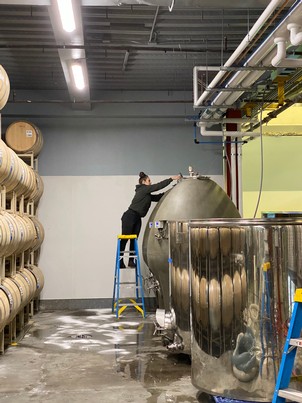 “Global logistics are a bit of a mess right now but we’ll have some more upright [tanks] showing up just as harvest ends. Unfortunately, we were hoping to fill those by now,” Gorski said. These tanks will hold (what will become) 2021 D2.

The team also commented on the stark color intensity of the 2021 vintage. While this doesn’t necessarily translate to anything specific, it was remarkable to see the deep, dark colors.

Jason Gorski summed up harvest by stating, “Every vintage is an opportunity to be great no matter how challenging it is and what the conditions give you. Our goal is to make nothing but world-class wine.”

Watch the full interview with Jason Gorski below.