In 2010, DeLille Cellars started the “Lot” system to highlight small production, highly exclusive 100% Cabernets that were so exceptional they deserved to be bottled as their own lot versus being blended into other wines.  The first “Lot” was a blend of four vineyards on Red Mountain: Ciel du Cheval, Klipsun, Upchurch, and our estate vineyard, Grand Ciel.

The Lot system began DeLille’s expansion into Wine Club-exclusive wines, highlighting the winery’s “always seeking” philosophy of crafting the most exceptional wines possible and highlighting select barrels and lots that deserve individual distinction.  Lot 1 would go on to become Four Flags, which the following year was the Seattle Times Wine of the Year and is now an integral piece in DeLille’s portfolio.  Lot 2 was a limited production from Upchurch Vineyard, produced in 2010 and 2011.  In 2015 DeLille revitalized the Lot system with a rare offering from Klipsun Vineyard, Lot 3.  Lot 4 from Discovery vineyard was produced in 2016. 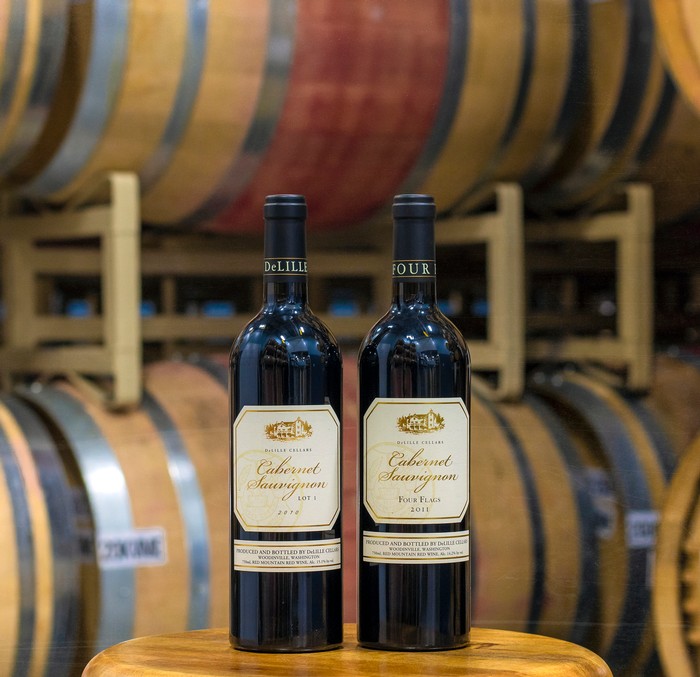 In 2022, DeLille will retire its lot system and highlight the vineyard sites in script on the labels.  Cabernet Sauvignon from Klipsun and Discovery will be available under their vineyard namesakes with the release of the 2019 vintage, joining our longstanding Shaw Cabernet Sauvignon offering and the second vintage of our Cabernet Franc-dominant Red Willow blend, which is sourced from 100% Red Willow Vineyard fruit and highlights the site of the first commercial planting of Cabernet Franc in Washington State.  Much like Harrison Hill, this new designation and labeling system will pay homage to the unique vineyard locations and site terroir of these limited and passionate productions. 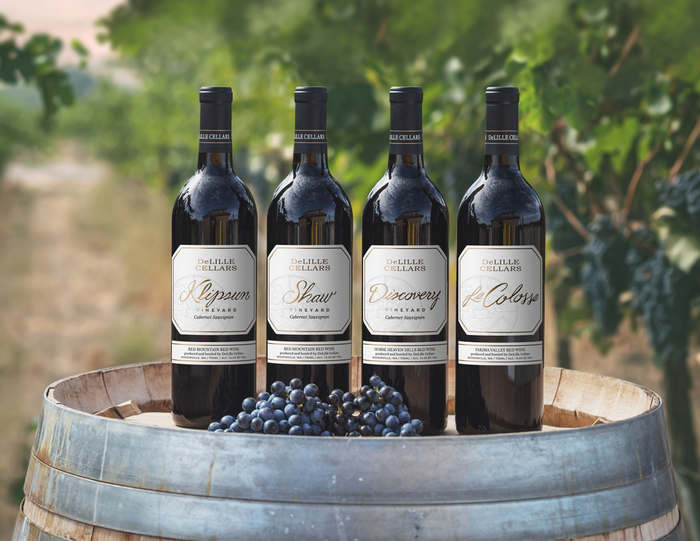