Events at The Lounge Restaurant: Woodinville’s Place to Gather

Whether you are traveling from out of state or from nearby Seattle, Woodinville offers some of the best restaurants, wineries, distilleries, and breweries in the region. With a myriad of restaurants to try, it can be difficult to make a decision where to dine after a day of wine tasting and meandering around Woodinville Wine Country. If you’re looking to combine fine Washington wine alongside local cuisine, head to The Lounge at DeLille Cellars, DeLille’s wine-centric Woodinville restaurant.

The Lounge at DeLille Cellars specializes in New American cuisine, crafted by Executive Chef Michael C. Toni. Chef Toni has partnered with DeLille Cellars for over 20 years and possesses both the experience and knowledge to craft spectacular pairings.

"Over 25 years ago, I started my career in California restaurants at a time that ‘New American Cuisine’ was thriving,” said Executive Chef Toni. “I am excited to come full circle after building relationships and friendships in this amazing community through A Platinum Event Catering. I look forward to continuing the legacy of this space with DeLille Cellars, who has been by my side from day one, by providing the same style of food that I began my career with, but also incorporating all that working in Woodinville Wine Country has taught me."

"Great wine belongs with great food, and we’re excited to partner with our long-time friend and chef, Michael Toni.  After nearly 20 years working together perfecting pairings for wine dinners and release events, we’re thrilled to open a restaurant to offer our customers some magical food and wine experiences and create a hub at the Old Redhook Brewery,” said CEO Tom Dugan. 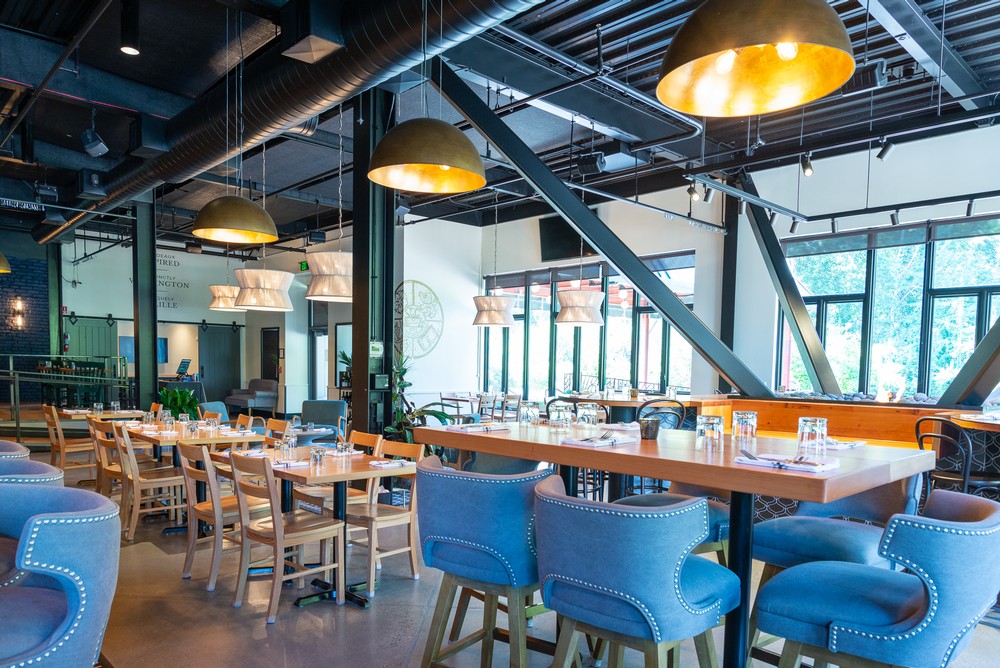 In addition to standard table seating, The Lounge restaurant also functions as a wine bar, where guests can relax in comfortable chairs and enjoy wine. Guests can be seated by the fireplace for a more intimate gathering in a comfortable sofa setting; in the middle of the action of our Main Dining Room at one of our Lounge Chair tables; or fireside on our raised platform in large wing-backed chairs. Two private dining rooms are also available for private events at The Lounge - the Alchemy Room and D2 Room. 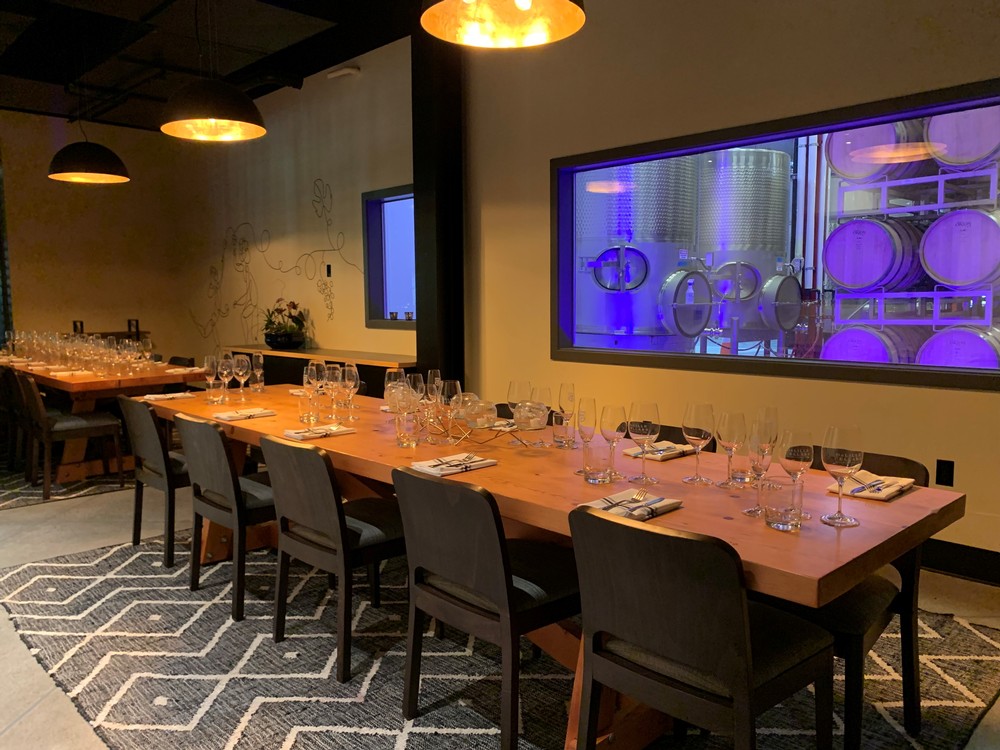 The Alchemy Room at The Lounge

Our Woodinville restaurant is open Wednesday through Sunday and offers specials and events throughout the week. Check out our weekly offers such as Happy Hour, a special Date Night menu on Wednesdays, and live music from local musicians on Thursdays. The Lounge at DeLille Cellars will also feature special prix-fixe pairing menus in March to celebrate Taste Washington Wine Month

Throughout March, The Lounge restaurant will feature prix-fixe pairing menus every Thursday through Sunday to celebrate Taste Washington Wine Month. These menus feature DeLille wines poured alongside other celebrated Washington wines that have a legacy tie to DeLille’s history, where winemakers have worked at DeLille in their early years and then went on to other wineries or to start their own. The Prix-Fixe menus are available on select days, along with the standard menu offerings.

The Date Night menu includes a three-course dinner for two (starter, entree, and dessert) and a bottle of wine. Choose from four bottle choices including Chaleur Blanc, D2, Panther Creek Pinot Noir, and Panther Creek Chardonnay. Follow our Facebook page for menu updates and Date Night information at The Lounge. 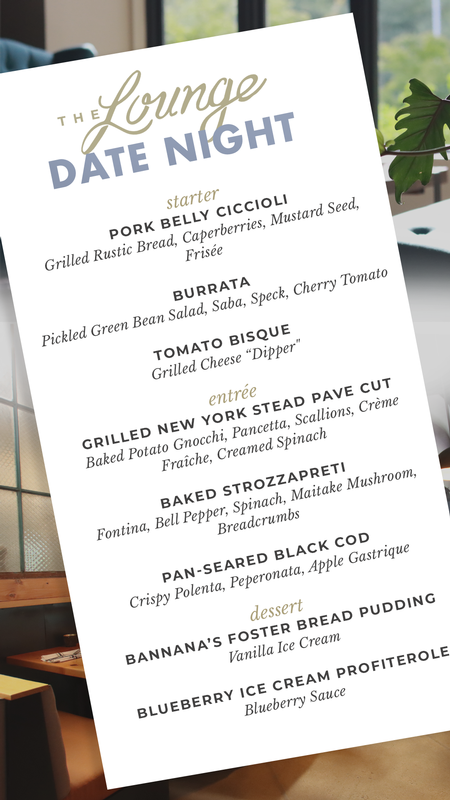 Join The Lounge at DeLille Cellars Thursday evenings from 5:30 pm - 8:30 pm for live music at our Woodinville restaurant. We feature local artists whose styles range from acoustic folk and indie to soft rock and pop. Check out who’s playing at The Lounge here and their details below.

Seattle-based singer Jessie Siren has been writing music since she was nine years old. She focuses on acoustic, folk-pop tunes.

Beginning his career in 2008, Tyler Edwards wrote songs and fronted South Carolina rock band, I Anthem. After releasing two EPs and an LP, the band had multiple songs breaking the Top 10 on Billboard's Rock Charts and music featured on MTV and NASCAR. In 2017, Edwards independently released his first solo LP, A Few Good Hearts. The album was completely crowd funded and showcased a collection of songs about traveling, love, and faith. Since releasing his record, Tyler has sold out multiple Seattle venues and shared the stage with national acts such as Will Hoge, Nicki Bluhm, and The Steel Wheels.

Alex Britton is a lead guitarist and singer from the UK. He performs a wide range of covers from old to new including the likes of The Beatles, The Rolling Stones, Lynyrd Skynyrd through to Mumford & Sons, The Lumineers, and Ed Sheeran.

Originally from Baltimore, Gina Belliveau plays one-man-band, looped, percussive, acoustic soul-folk with an Achilles heel for ridiculous pop cover tunes in an ever-expanding repertoire running the gamut from Billie Holiday to Billie Jean, in addition to an arsenal of original songs.

Seattle singer-songwriter Jaeden Luke writes acoustic pop music with hook-driven melodies and lyrics that guarantee to resonate with every listener. Thanks to his admiration of The Beatles, he learned guitar at age 9 and has pursued music ever since; now he is often vocally and musically compared to Ed Sheeran and John Mayer. 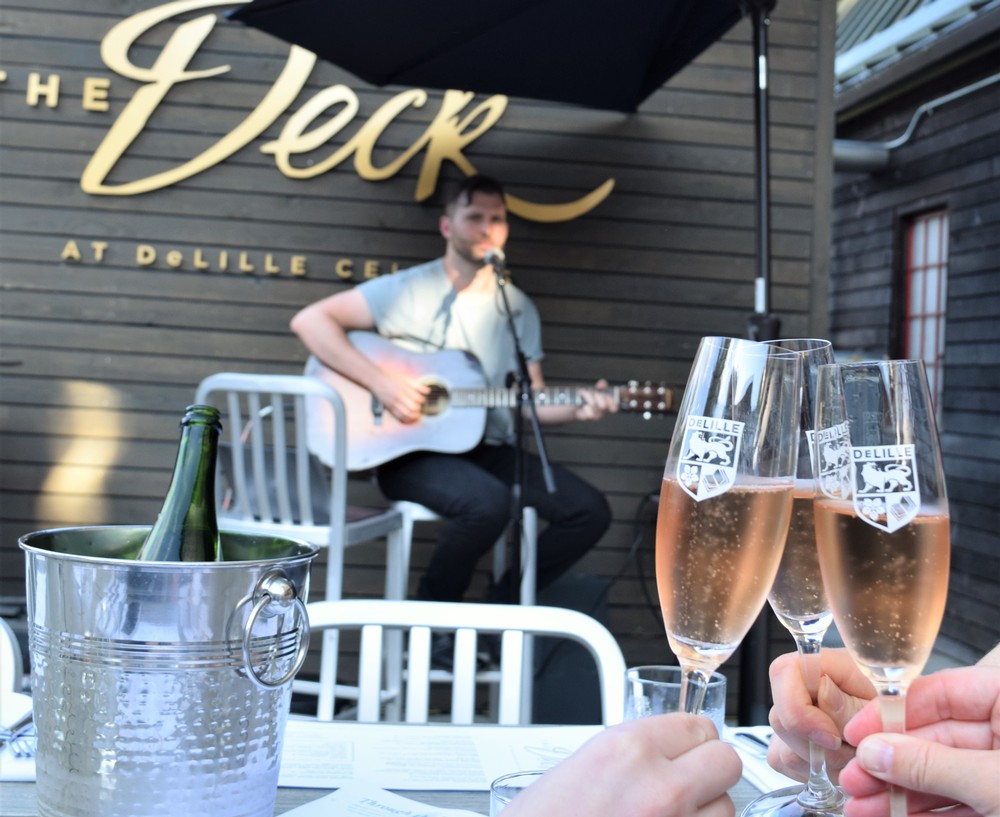 Live Music on The Deck

Currently, live music is held inside The Lounge. In the summer (weather permitting), live music will be held on The Deck, where guests can enjoy a glass of wine alongside bites and a lighter-fare deck menu. 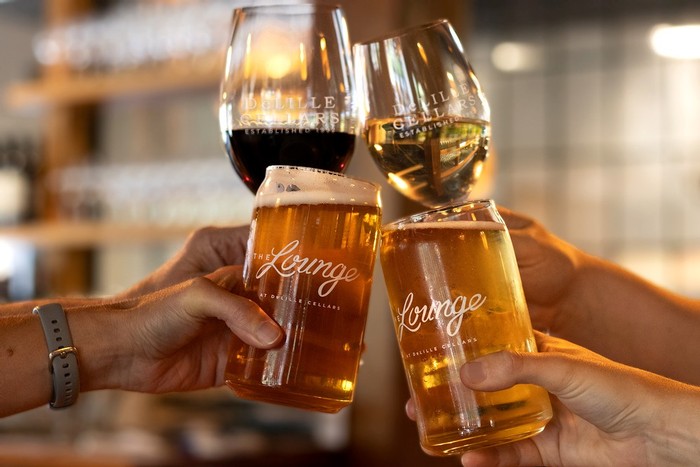 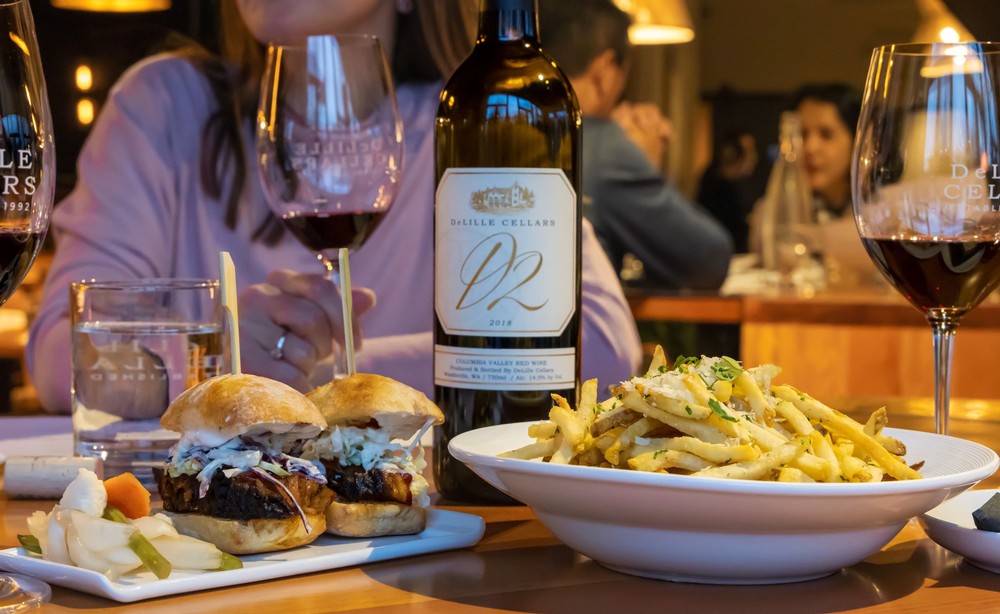 DeLille Cellars is the third oldest operating winery in Woodinville, WA, founded in 1992. Known for pioneering Bordeaux-style blends from Washington State, the winery has maintained a tradition of quality and excellence with over 700 individual 90+ ratings from leading publications. DeLille Cellars focuses on the Red Mountain AVA and sources grapes from Washington's most acclaimed vineyards. The winery is recognized by notable wine critics and influencers, including Robert Parker, as one of the top producers in the state.